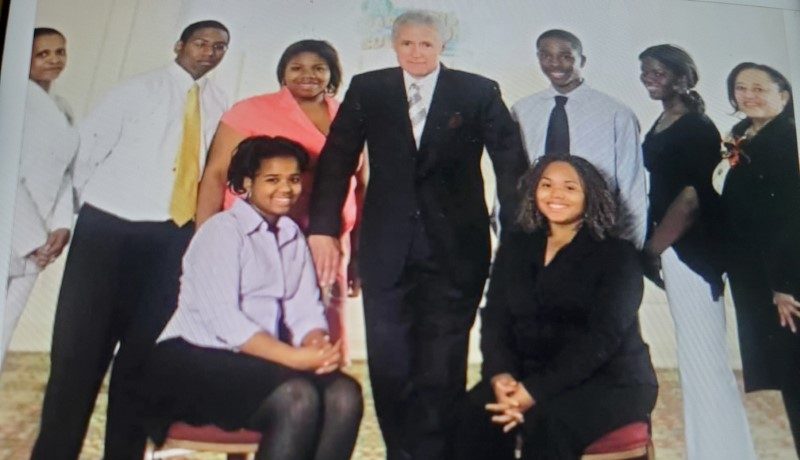 Twyla 'Ms. T' Simpkins is a regular contributor to Chester Made as well as a master storyteller and passionate advocate for Chester. 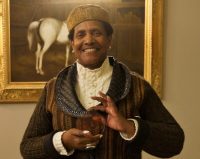 As I walked up the incline to the Barclay Street Chester High School (CHS) entrance, I’m heading in to support an alumni event and to surprise a sister friend who is also attending.  As I reach the main doors…hmmm now which one is open? The memories start reviving slowly, then, into a barrage of the many memories from my 35+ year career as a teacher in the Chester Upland School District (CUSD). I was back.

Entering and passing the unfamiliar and unguarded scanning machine, a glance to my left confirms the display board is still being maintained. I used to voluntarily do it so we had a semblance of protocol as one entered the building. Looking into the Commons area, I am pleased to see that the caricature of me is still intact atop the column just before entering the main stairwell.

Turning right and heading towards the gym and auditorium, I see the first showcase still displaying my basketball and school memorabilia! Smiling but SMH, it’s been at least 15 years since I set up and decorated that case. This triggered the memory too of being given the showcase key (a class gift frommmm, not sure which class). The VP administrator handed me the key saying in low tones that I had better hold on to it so that someone would know where it was since his watch was ending. Recently deceased, I fondly remember Mr. Ray, a true gentleman, rest his soul…

So, with that said, I approach this latest entry to Ms. T’s Corner with the credentials of being a current Chesterite, born, raised and educated as a CHS graduate, having spent my 35+ year teaching career in district schools.  I have been a poetry club advisor (inherited from the late Larry Chase when he was leaving the school), coordinated the Hi-Q team, did the school newspaper and yearbook for many years and carried a full teaching load.  I had also been pulled from the classroom to perform as a Sex Equity Coordinator, an Instructional Support teacher and I even taught the Gifted and Talented class for several years as well as a class advisor to several CHS classes.  I worked several summers too at Swarthmore College and ran a program funded through the Sun Oil Co. 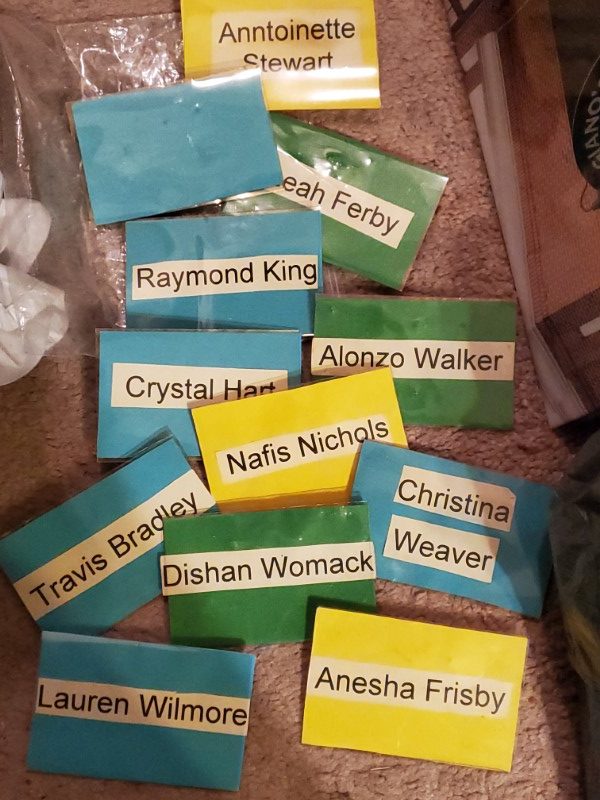 Nametags from my Swarthmore program days recently found in boxes from my recent house sale.

I had the opportunity too, to develop and implement what started as the Smaller Learning Communities Initiative-now known as the Credit Recovery Program-only to return in September, be placed back into the classroom without any notice and the program be supervised by a colleague. Must add too that my retirement was impacted for 24 months because of inaccurate and incomplete recordkeeping administratively by the CUSD (they had to recall the retired bookkeeper who came with her lil bundle of rubber-banded employee cards) but I digress. Just laying the framework as a uniquely positioned resource to speak on the CUSD.

Family lore had me announcing at age 7 that I wanted to be a teacher but of the big kids cause the little ones got on my nerves. Fast forward a bit to my more formative years and I saw my brother locked up for protesting in the 60’s and my mom, then a teacher, also protesting…yes the Chester School District. 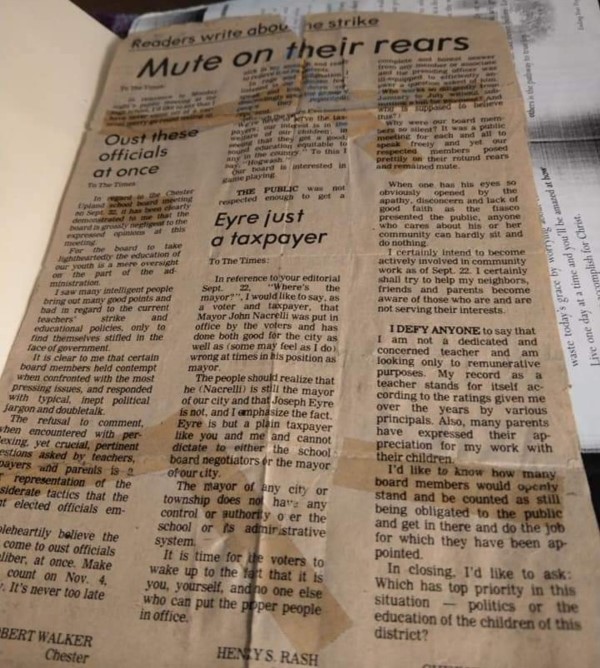 Newspaper clipping with letters from CUSD teachers to the editor

She’s now 94. I found her letter to the editor among my keepsakes. Interesting to note, we’re still going through it with the school board and district in year 2021, right? IJS.

When I started in the seventies, straight out of college having graduated from 4 years at the main campus of Penn State, I was offered a long-term sub position and had to threaten suit the next year to be permanently hired since I was certified and it was a declared vacancy.  I came to label this as battle/situation/obstacle number one as my sagas continued (but more if/when, buy the book).  I have found that when you know ‘stuff’, you can be better prepared for the ‘stuff’ dished out in the CUSD. Position yourself accordingly.

I also came to learn of the many political patronage jobs (leaving schools almost without administrative staff at election time), that money was deducted from some teachers’ paychecks so that they could remain gainfully employed, that the constant rumors of the district’s inability to make payroll would persist, as well as layoffs, shortages, and other assorted craziness. I was furloughed but had to show union and district personnel my place on the seniority list to regain my job! I also had a principal who, with his Colonel Sanders lookin’ self, was paying the students to behave, and had his pants fall down while chasing them.

There were instances of 3 principals in one year-more than once at CHS-a contrived and eventual falsely accused sex scandal allegation, continuing Special Ed. lawsuits, other lawsuits, and takeovers by for-profit and short-lived partnerships as well as the creation of separate academies and alternative schools. Enter too the beginning of the Charter School phenomenon as well as the ongoing bets of how long the latest superintendent would last. Reasonable thinkers could conclude that this system is performing exactly as it was designed to function, one could think that.

So...Lawsuits, fiscal problems, incompetency and constant change became the norm.  Students and staff knew it and played along for a variety of reasons.  When, then, this latest entry into the supposed educational mix-HS diploma and all, suffice to say-heart palpitations and fervent prayers.  A rumored opening day statement to staff that, “I want the schools to be like they were when I went here or better,” or the essence, perhaps his intention was to reassure.

Perhaps. However, the good old days weren’t all that good as tracking district history in 2003 shows that when this current receiver was matriculating in Chester High, the district was subdivided between 2 for-profit entities–Edison and Learn Now-and several schools were still district run.  Who does that? Duh! Guess.

I believe however, in doing due diligence and more.  Enabling me to speak from a position of knowledge, learned and schooled. If one wants to know more documented, history-generated facts regarding Chester and its schools, reference some of my sources:

Upon completion, one could have discerned a distinct pattern readily applicable to so many happenstances connected to our school district. One could also see how persons, learned and otherwise, have, through the years been manipulated to forward that invisible-to-most “master plan.”

I would have loved to have a teaching assignment in advance of the day I returned in September and know beforehand what I would be teaching, the room, the floor and building as well as the reasonable reassurance of compensation for working.  Remember one of our teacher’s was Michelle Obama’s guests because teachers in Chester Upland were working without pay for a time?  12 years and counting, I believe.  And 5 or 6 without a current contract, right?

District-wide teacher shortage so security guard one day and a teacher the next, oh tay… And announcing to gathered alums of building a new facility. Meetings scheduled with no show district personnel continues as the norm and technology and Zoom still aren’t cooperating.  Just disrespectful.

City residents have long tolerated the intolerable as this broken system limps along, money appearing and disappearing, federal funds not accounted for or released with no public explanation for their use, shifting services unable to keep up with the changes and less knowledgeable entities are in leadership positions.  So here you have a glimpse of the norms of our school district which somehow still manages to produce consummate professional and lay people throughout the world in all walks of life.

Why? How? Because. We are brilliant and we have villages and we have also learned to navigate in constant change, rising to the innumerable challenges and succeeding in spite of.  Period.  To that end, I end my venting returning soon, though, to share our generational wealth and legacy. This is but another part of our city history which includes Chester authors (yup, it’s quite a few of them), athletes, doctors, and more.  Watch this space (as Rachel Maddow says) as I share more of our treasured heritage.